You are trying to login from

Select"OK" on your Mobile Phone to complete login

Dialog Axiata PLC (hereinafter referred to as "Dialog" "us" "we" or "our") is committed to respecting your privacy and to complying with any applicable data protection and privacy laws when providing the Mobile Connect service (hereinafter referred to as the "Service"). We are providing this Privacy Policy Statement to help you understand how we collect, use and protect your information when you sign up for the Service and use the Service to access 3rd party websites and applications. We wish to help you make informed decisions, so please take a few moments to read the sections below and learn how we may use your personal information.

Dialog Axiata PLC, the largest Foreign Direct Investor operating under the aegis of the Board of Investment of Sri Lanka, announced Wednesday 21st of October 2015, the entering into of agreements with the BOI for the investment of an additional sum of USD 175 Mn (LKR 24.6 Billion) in Sri Lanka’s ICT Infrastructure. The investment agreements span a broad scope of ICT infrastructure development by the Dialog Axiata Group encompassing the expansion of 3rd Generation and 4th Generation High Speed Broadband Services alongside further development of the Group’s Fibre Optic Transmission network, International Telecommunications network, and Digital Satellite Television infrastructure. The Dialog Group will also direct targeted investments towards the expansion of its Digital Services portfolio spanning ventures and initiatives in Digital Payment, Commerce, Education and Health.

Dialog Axiata PLC is a subsidiary of Axiata Group Berhad, Asia’s second largest Telco with operations in 8 countries spanning Malaysia, Indonesia, Bangladesh, Cambodia, Sri Lanka, Singapore and India. The Axiata Group (formerly known as Telekom Malaysia International) has been a committed and long term investor in Sri Lanka since 1994. Speaking soon after the inking of the Investment agreements, Dato Sri Jamaludin Ibrahim President and CEO of Axiata Group stated, "The Axiata Group is proud and privileged to have had the opportunity to work alongside the Government of Sri Lanka in developing the country’s Connectivity Sector to one of the best in the region. Axiata is a long term partner of Sri Lanka and as evidenced by the investment agreements entered in to today, we have singular confidence in the Government of Sri Lanka and its vision for the forward development of the country’s ICT sector and economy through the prioritization of Inclusive Connectivity and Digital Infrastructure."

The additional investment pledged through the agreements entered in to with the BOI will take the total investment of Dialog Axiata to USD 1.96 Billion (LKR 206.0 Billion), the highest among all Foreign Direct Investments (FDI) operating under the aegis of the BOI. In 2011, Dialog and the Axiata Group secured the distinction of being the first FDI to reach a cumulative investment in excess of USD 1 Billion.

"The commitment by the Axiata Group and Dialog, to enter in to a new phase of its development journey with an investment of USD 175 Mn demonstrates the confidence placed by this leading multi-national telecommunications Provider in the growth prospects of Sri Lanka’s economy and the Investment environment fostered by the Board of Sri Lanka and adjacent agencies of the Government of Sri Lanka. The BOI is confident that this next phase of investment embarked upon by Dialog will greatly support the thrust of the Government of Sri Lanka in enabling a digitally empowered society," said Mr. Upul Jayasuriya, Chairman and Director General of the BOI. "We are most welcoming of this renewed investment thrust by the largest Investor operating under the BOI. A repeat investment by an existing investor is a singular endorsement of the excellent investment environment in Sri Lanka," he added.

In addition to leading in the sphere of FDI, the operations of Dialog Axiata Group contribute significantly to the National Economy, with the taxes and levies remitted in the Year 2014 alone, totaling to LKR 11.1 Billion, alongside an additional LKR 13.3 Billion in consumption taxes collected on behalf of the Government.

"We wish to thank the Board of Investment of Sri Lanka, as well as the Telecommunications Regulatory Commission of Sri Lanka, the Ministry of Media, and the Central Bank of Sri Lanka for providing us with an exceptionally progressive enabling environment which has facilitated us in delivering an inclusive portfolio of Advanced ICT Services, which have in turn contributed to the socio-economic advancement of a wide spectrum of citizens, and communities," said Dr. Hans Wijayasuriya, Director/Group Chief Executive of Dialog Axiata PLC. "As espoused in our investment pledge, we will continue our thrust in supporting the vision of the Government of Sri Lanka in accelerating the advancement of Sri Lanka’s Digital Economy through the delivery of affordable and plural available services of the highest quality," he added. 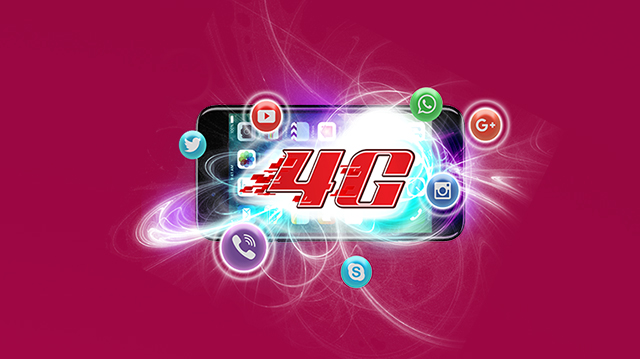 We are always here to help you. Explore our knowledge base or get in touch with us 24x7.